lady in the garden 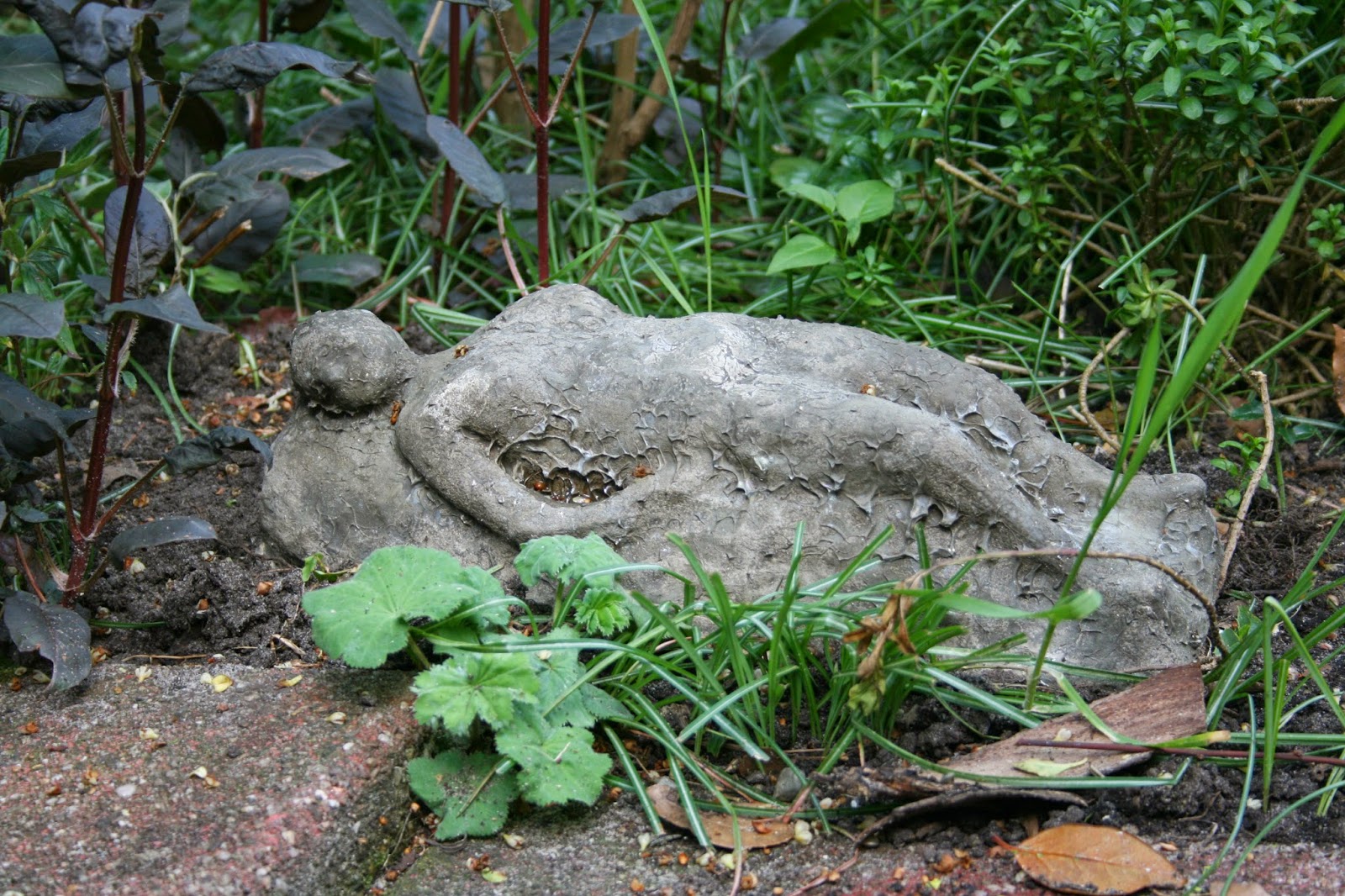 Here she is. Started out in clay, after a life model, now in aluminium-cement. 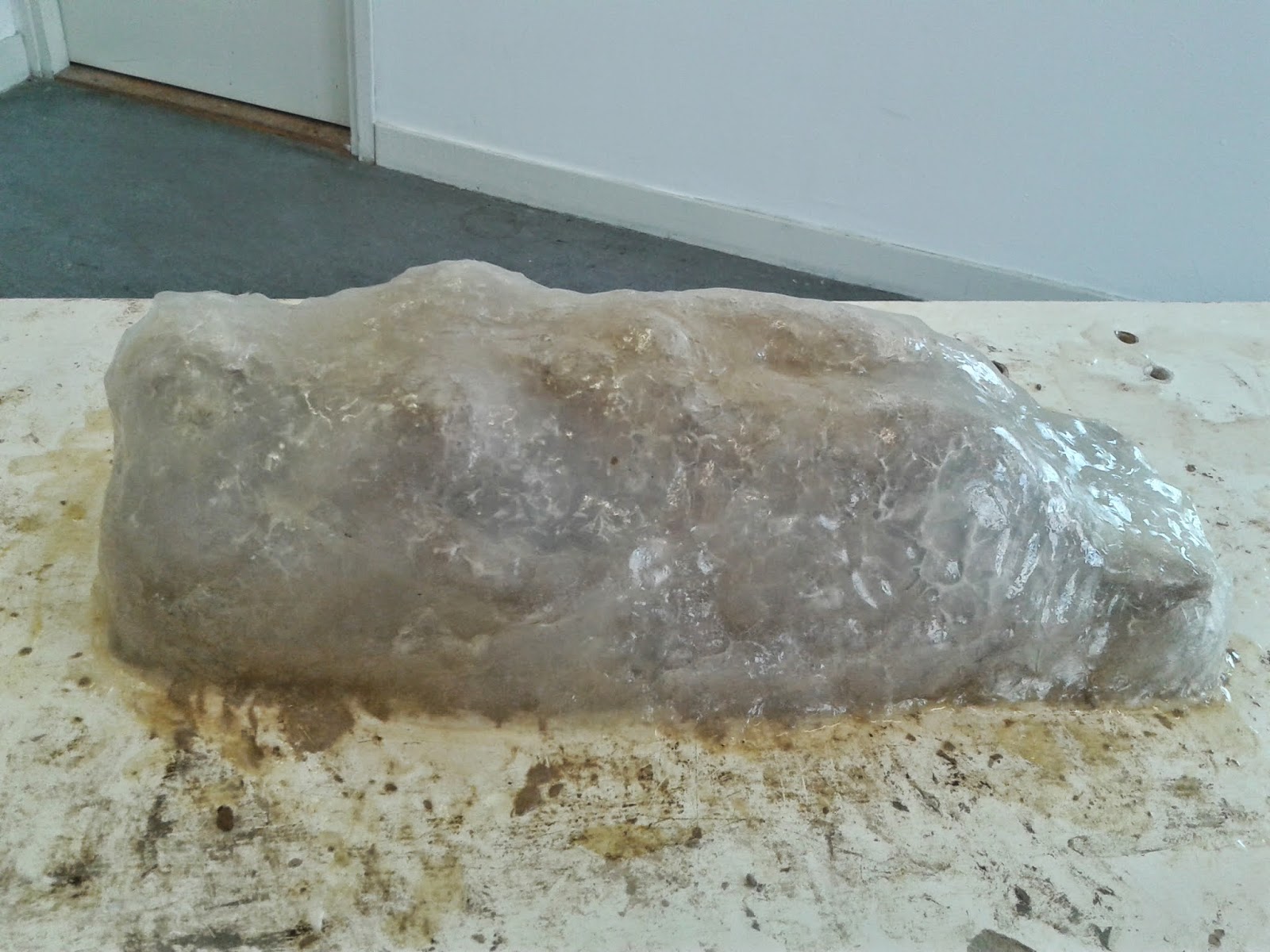 The clay was covered in silicone sealant. It was the cheapest sealant I could find and it smelled very toxic. 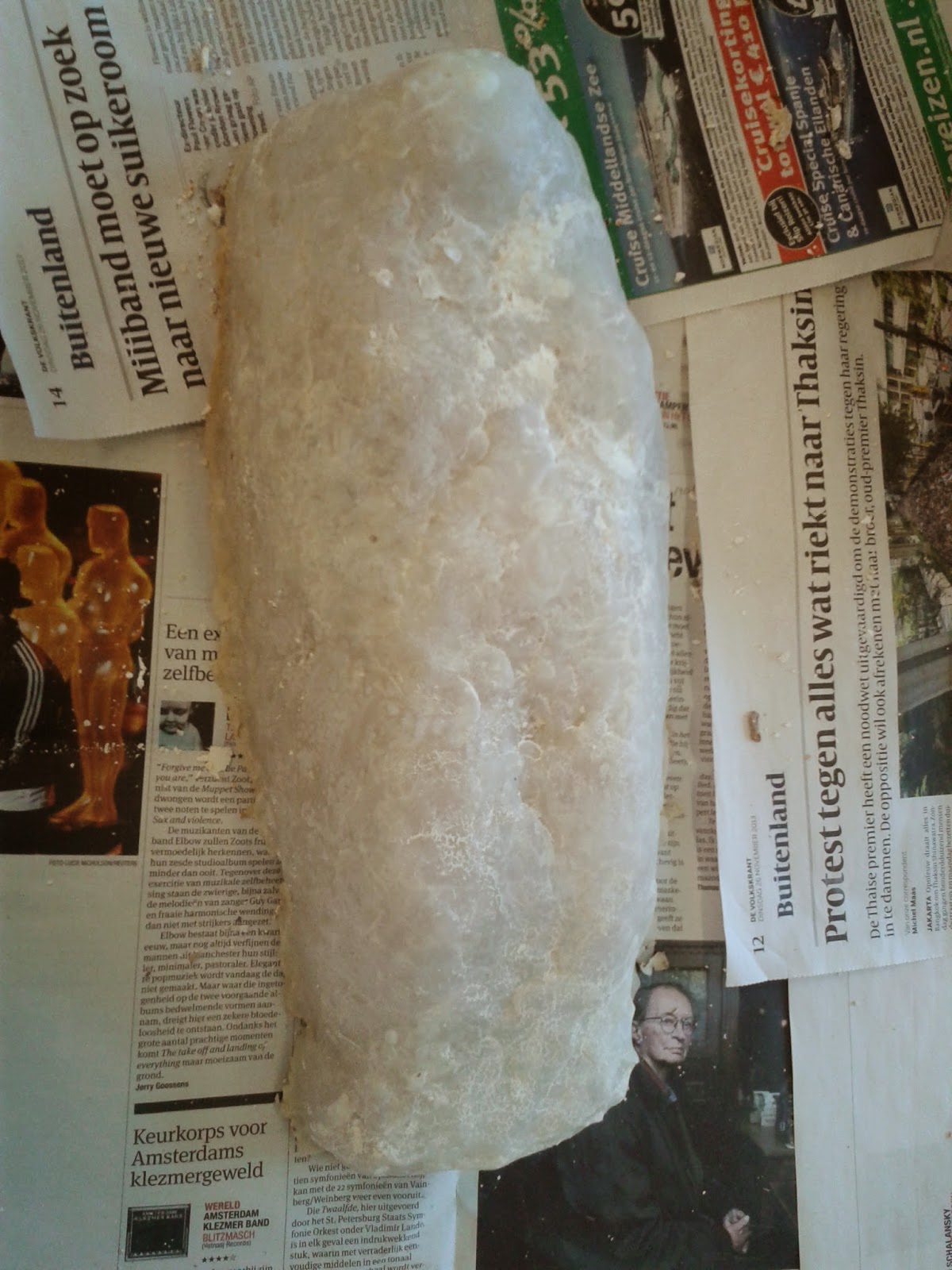 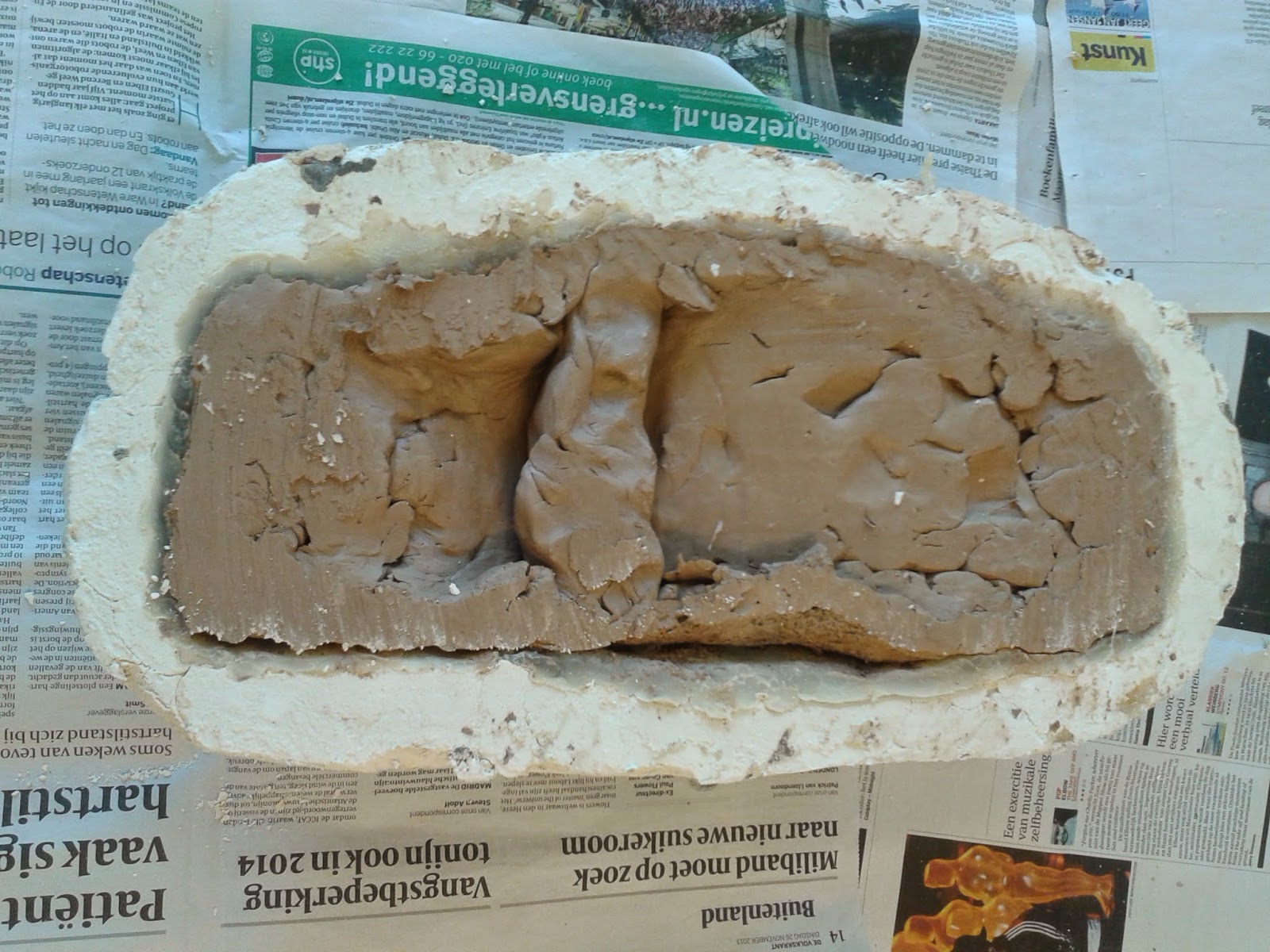 The dried sealant was covered in plaster, to give strength to the silicone mould.
Here you see the bottom of it all, when the plaster was dry.
Clay model and silicone sealant were 'shaken' out of the plaster mould together (like a cake). The sealant had to be removed after that. You can see that the sealant worked on the clay because it got these strange scales. 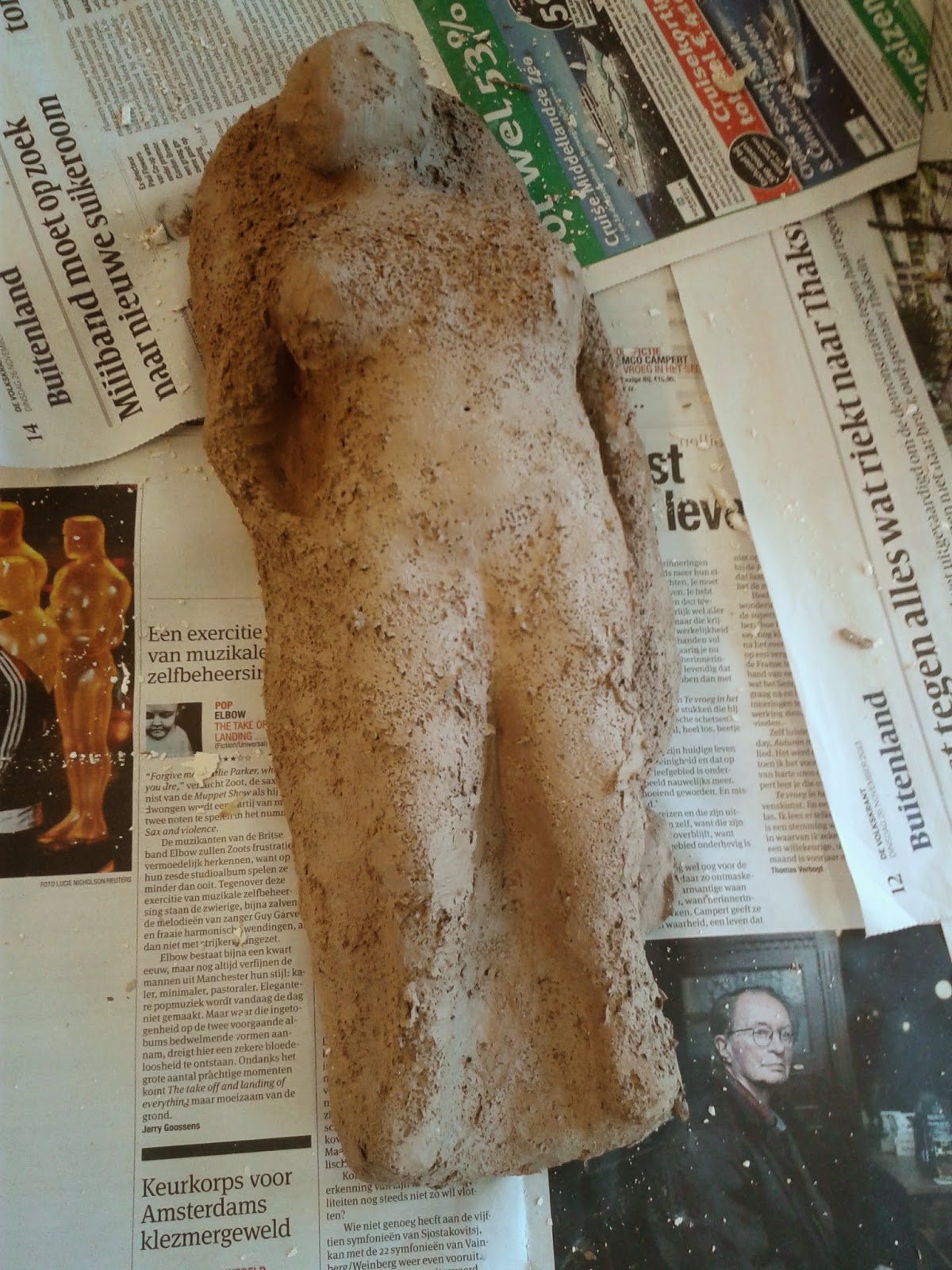 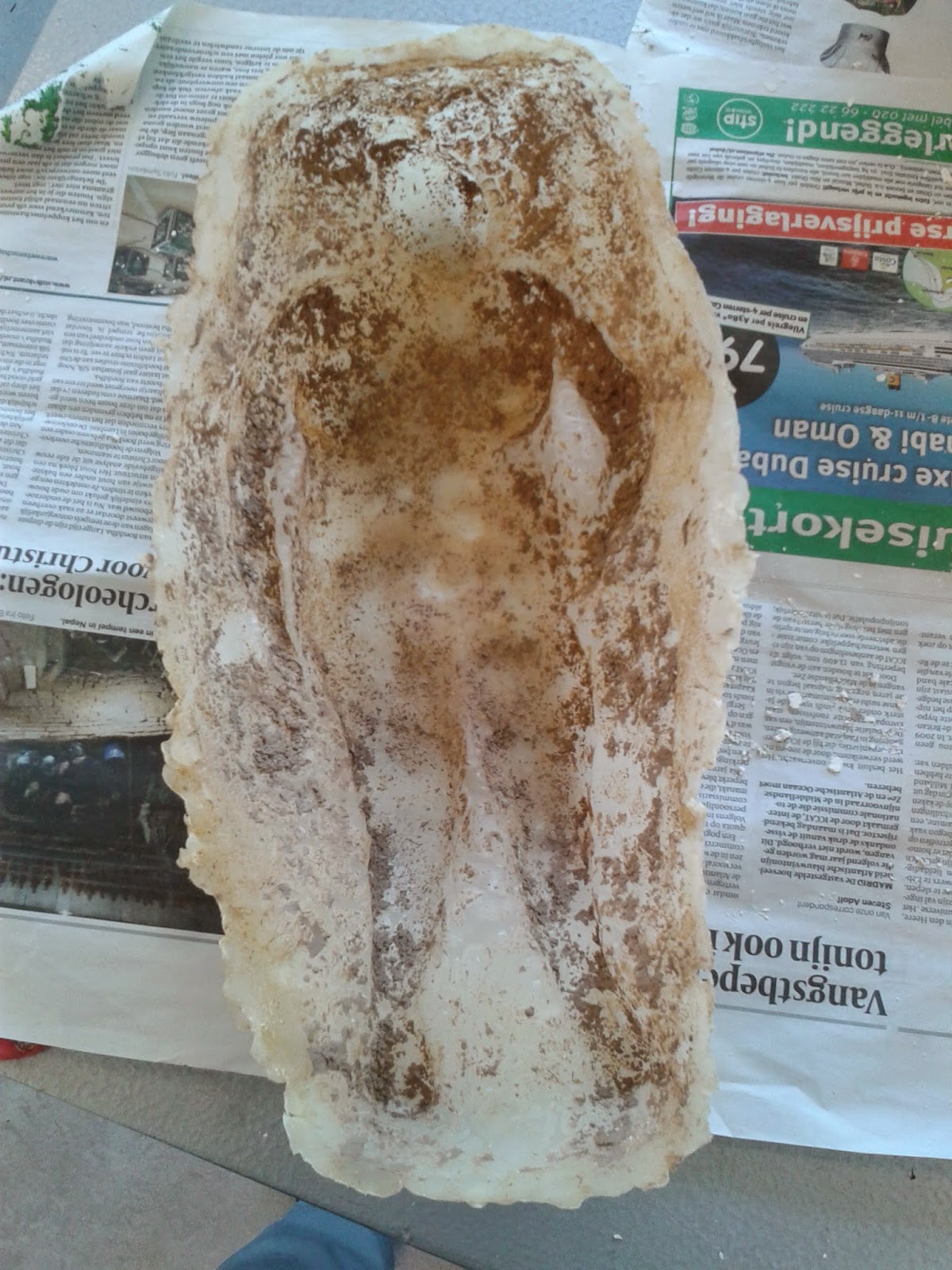 The empty sealant mould was now filled with the aluminium-cement. First a thin layer to cover the whole mould and when it dried a bit it had to be filled to the brim.
After the drying period the silicone sealant was peeled off carefully and there it was: my first (and last probably) garden figurine (with scales). 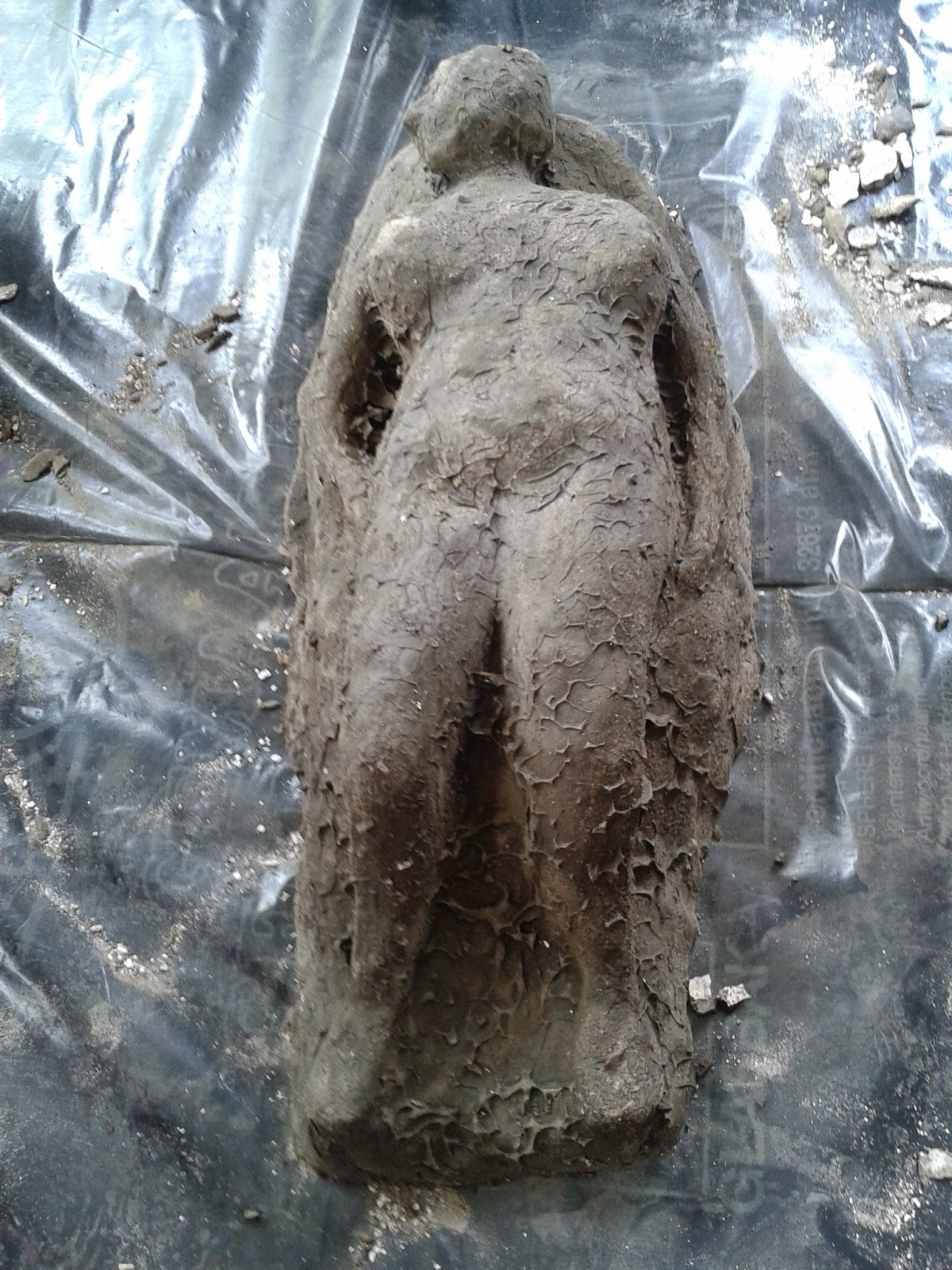 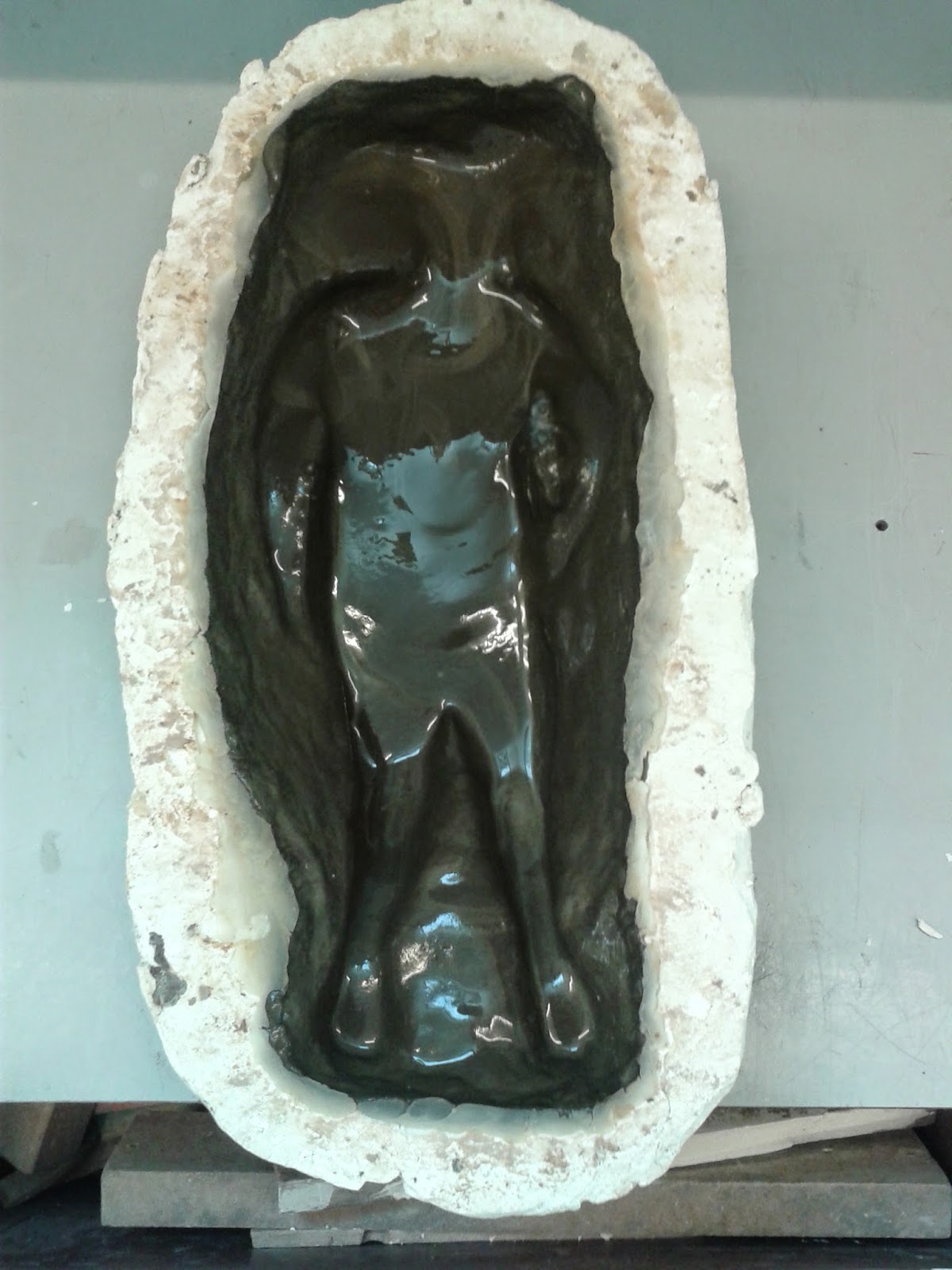